Living on a sailboat was our retirement dream. And for the past three years my husband and I have lived on the sailing boat Silver Penny. We’ve traveled a lot. In many ways sailing today is like it was during the Regency, 200 years ago. The sailing routes we take having changed in hundreds of years.

Twice every year, we made off-shore passages either from the US, generally starting in Hampton, Virginia with the Salty Dawg Rally to the British Virgin Islands. Passages from north to south always (if one is smart) take place after November 1st until early winter. Then we made the passage back north again in April or May. Those trips usually lasted about eight days.

Last year we decided to cross the Atlantic. The preparations took several months and a lot of research. Again, we decided to go with a rally. For those of you who are envisioning a group of boats sailing together, banish it from your minds. We may all start out together but within a day or two, other than the twice daily radio check-ins, you’re out there pretty much by yourself. Transatlantic crossings from west to east always take place between the middle of May to the middle of June. Why? That’s when the fewest people die. Before the middle of May one is still subject to storms out of the north. After the middle of June, hurricane season begins.

Provisioning (planning food and meals for everyone onboard for a month) was one of the most challenging parts of preparations. I had to make sure we had nutritious meals and snacks that weren’t boring. There is no running to the store in the middle of the ocean.

Believe it or not, the actual passage is pretty unexciting, which is exactly what you want. Although, there are always those days when the winds kick up, and your sails are reefed (reducing the amount of sail you have up) or your weather router tells you to get south fast because there is a low coming. Some days you have very little wind at all. That’s the perfect time to clean the boat, enjoy the sun, and cook something more interesting.

Depending on the boat and winds, the crossing will generally take between 10-16 days. We made it in fourteen. Other boats who decided to brave the 45 knot winds made in ten. The fun part was reaching the Azores and meeting up with the boats already there and greeting the incoming boats. 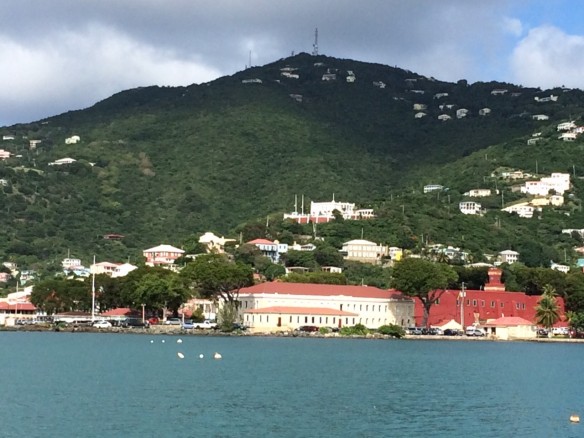 Do you plan on traveling when you retire?

Everyone who comments has a chance to win an one of my books.

19 thoughts on “Traveling on Silver Penny”